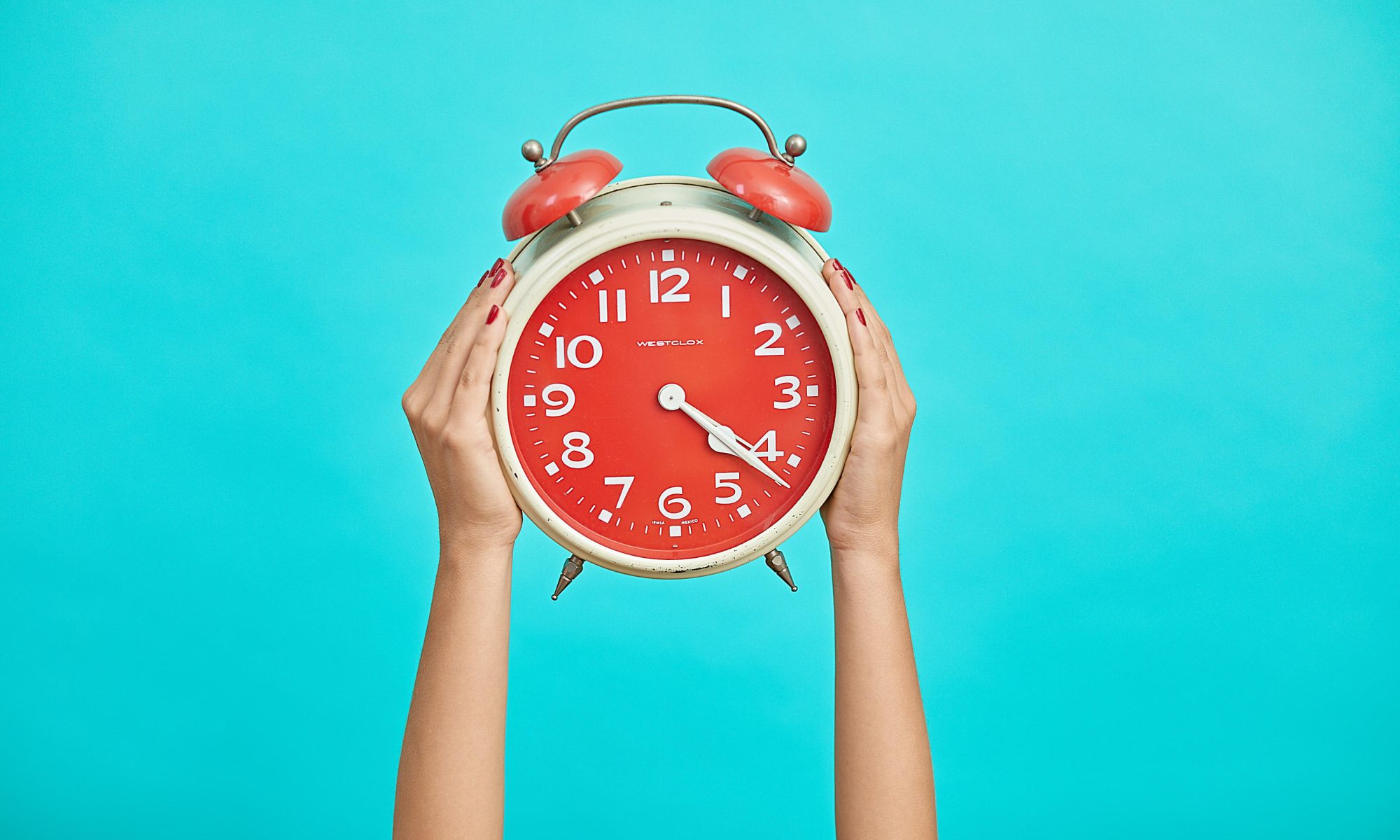 In the moment between sleep and awake I could see the sun rising outside my bedroom window. The Orange ball of fire glowed casting shades of red, pink, peach, and orange across the sky. Suddenly, as if in a dream, I saw white gauzy bandages scattered by the hundreds across the ground, a stark contrast to the green beneath.

I examined the gauze. They were dotted with fresh red blood as though they had been used to dab at a wound. I picked up one of the pieces of gauze, but the ground was littered with them. The hundreds turned to thousands and tens of thousands, stretching farther than my eye could see. The wind blew, tossing them aside, blowing them away like tumbleweeds.

I heard a voice behind me. “Your righteousness is like filthy rags.”

Then I saw a branch-withered and void of life. The sun rose higher until the heat consumed the branch without ever catching it on fire. It became ash, yet held its shape like something from the sci-fi movies I like to watch. The wind blew again and scattered the ash into the air. The branch disappeared without a single trace of having ever existed.

I heard the voice behind me again. “I will remove the dead branches. They will be consumed. Their evil and fruitless works will be tossed into the wind. They will be scattered-like ash.“

Suddenly I was fully awake. My feet hit the floor and I headed to my Bible and notebook.

“What are you saying to me, Lord?”

Again, I heard the Spirit of the Lord answer me as His spirit spoke to my spirit.

The rags are the wounds of my people-a people others may not call my people; yet I have called them mine. The church, those who call themselves the body of Christ, has for too long dabbed at the wounds with gauze and tossed it aside. They may even put a band-aid on the wound; but they don’t take the time to pour healing oil over and into my precious son or my valuable daughter. The hurting stretch as far as the eye can see. Farther. Yet I have heard their weeping! Can you not hear it? I, the Lord your God, am hurt because my people are hurt. My heart aches and grieves within me. Is there not oil I have provided? Is there not a physician I myself sent?

So, I will blow upon the earth and send the wind of my spirit across the land. I will toss aside the filthy rags of ‘good works’ and call my people to “be holy because I am holy”. I call my own to a true righteousness. A righteousness that is a father to those who have no father, a defender of widows, a family to the lonely, and a deliverer of the prisoners, bringing them into prosperity as they sing for joy.

There are those who refuse to abide in me-to plant themselves in all that I am. They seem to be attached to who I am and what I have to offer, but refuse to DO what I’ve said to do. They deceive themselves because they think they are a part of me, but I have no part of them. They are consumed by the heat and hard times because they have no source of true life. They have never burned with passion for the way, the truth, and the life. They have never felt my heart when I wept for the homeless, when I grieved with the widow, or ached for the orphans. They have never gathered the hopeless into their arms, looked deep into their eyes and proclaimed the hope of glory. When I blow across the earth they are revealed. They fade away, scattered in the wind.

“Lord!” I cried. I can’t share this. This is a harsh word. You know I love to talk about peace and love and hope.”

“Yes. I love peace. I AM love. Christ in you is the hope of glory! But I am also a God of justice and faithfulness and mercy. You cannot have peace, love, or hope without the other. Righteousness and justice are the foundations of my throne. They are all intertwined: Justice with peace, faithfulness with love, and mercy with hope.”

NOTE: I shared this vision in August of 2020. Today, in my studies the Lord brought me back to this vision with these words: “…it is high time to awake out of sleep. Get up! Rise up! I haven’t called a ‘woke’ church, but an awakened church!”

WHAT DOES THIS MEAN?

Okay, the English nerd in me is about to come out!!

AWAKE is an imperative verb here. I’m sure you all remember a verb requires action. An imperative verb is a COMMAND TO ACTION. “Get up, wake up, stand up, rise up, collect your faculties.” This isn’t some gentle app on your phone slowly rousing you from sleep using soft music with gradual increasing light and sound. NO! This is a fire alarm! It is the call of a determined father for his children to arise from a place destitute of force and power to one wrapped in strength, glory, and majesty only Christ can give.

Strength is often seen. It doesn’t have to show off to be noticed. People notice power. The enemy understands power. Sin recognizes power. Isaiah 52:1 calls us to clothe ourselves with strength and “put on garments of splendor”. Our garments cover us, protect us, and dress us up a little bit-hiding our nakedness. That’s what Christ does for us. He is love and “love covers (pardons) a multitude of sins”. (First Peter 4:8)

But love is not quiet and unassuming. It is bold and brave. Love suffers long. It takes a beating and walks to cross. It lays its life down. It forgives. “Love does not delight in evil but rejoices with the truth. It always protects, always trusts, always hopes, always perseveres.” (First Cor 13)

Many have ignored the cry of the Father and instead have installed their own app responding by following the path of the pharisees. They are pious, prideful, arrogant, disdainful, and even hateful. The look down upon the broken and hurting disdainfully, while wearing their filthy rags like a badge of honor.

My friend, this is why some who live in cages of fear, hurt, and brokenness despise the church. Often they see two things: An ineffective powerless people or religious zealots more in love with rules than they are with Jesus.

This is not the way of Jesus. Jesus never demonstrated disdain to sinners and He was more alive than any who walked the earth before or after. He walked in, was, and is love, light, truth, and power. Because of this he rarely had to address sin among those openly living in sin-SIN OFTEN FELL AT HIS FEET.

What he did often address is the spirit of pride in the religious folks. This pride held them back, like chains around their neck. They were unwilling to be humbled before Him. They held their heads high while refusing to bow their hearts low before true righteousness. They could not see the light for the darkness that covered their eyes. They assumed they were powerful but never truly grasped what true power was all about.

Paul tells us in Romans 2:4 that it is the “goodness of God that draws men unto repentance”. Jesus said that if he were lifted up He would draw all men to himself. (John 12:32) Church, it is time to WAKE UP! It is time to be the powerful church Christ has commanded us to be. Rouse yourself and collect your faculties! (I speak to myself as well.) Be light! Put on Jesus and He will pour upon us the light of truth.

I don’t believe anyone can say it better than Paul did in his letter to the Romans.

“Don’t owe anything to anyone, except your outstanding debt to continually love one another, for the one who learns to love has fulfilled every requirement of the law.  For the commandments, “Do not commit adultery, do not murder, do not steal, do not covet,” and every other commandment can be summed up in these words: “Love and value others the same way you love and value yourself.”  Love makes it impossible to harm another, so love fulfills all that the law requires.

To live like this is all the more urgent, for time is running out and you know it is a strategic hour in human history. It is time for us to wake up! For our full salvation is nearer now than when we first believed. Night’s darkness is dissolving away as a new day of destiny dawns. So we must once and for all strip away what is done in the shadows of darkness, removing it like filthy clothes. And once and for all we clothe ourselves with the radiance of light as our weapon. We must live honorably, surrounded by the light of this new day, not in the darkness of drunkenness and debauchery, not in promiscuity and sensuality, not being argumentative or jealous of others.

Instead fully immerse yourselves into the Lord Jesus, the Anointed One, and don’t waste even a moment’s thought on your former identity to awaken its selfish desires.” Romans 13:8-14 The Passion Translation